Gallery page 4.
Don't forget to visit pages 1, 2 and 3 as well to see many photos of my bears!

These Dad bears incorporate a very special t-shirt
The Alain bears are quite sporty looking.
Four jolly bears, all made from t-shirts, in time for Christmas
Grandma and Aunty bears, made from a pretty dress, a sweater and a sweatshirt. 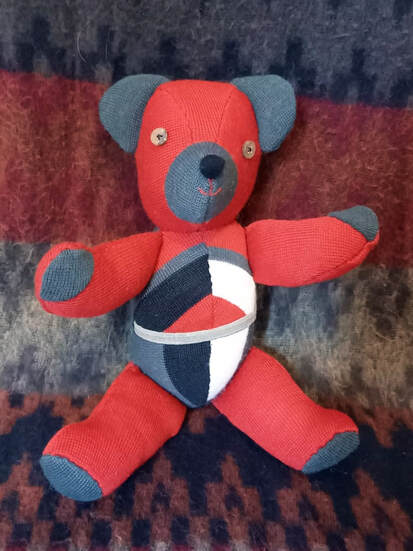 Another bear made from a colourful sweater
These little bears are all made from soft sweaters
These two sweet little bears both have "Daddy" on their hearts
Three smiley red, white and blue bears, with "Chris" heart tags 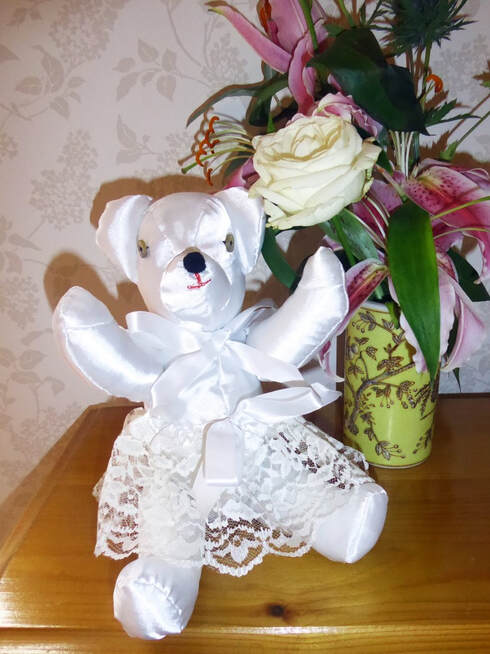 A romantic bear! The client asked me to make a bear from her wedding dress.
Three happy new Chris bears, all made from nice shirts.
There are t-shirts and pyjamas in these colourful bears.                                             Paul Bear is festive red!
Maggie and Beth Bears are very cuddly
Chris Bear and his friends the Dad Bears
Five smart bears with personalised wooden hearts
​
Four happy little bears with golf club logos on their tummies.
Uncle Bob is another sweet little Arsenal bear
Rob bear is an Arsenal fan and loves skateboarding
​
These bears for Nathen are made from Christmassy pyjamas.
​
Three little bears made from a fleece blanket and lots of different clothes
​
Órlagh and Oonagh bears. These bright little bears are the first I have made featuring the new wooden hearts.
​
Sporty little bears!
The photos are a bit blurry. Sorry - I didn't check them until after I had posted the bears.
​ 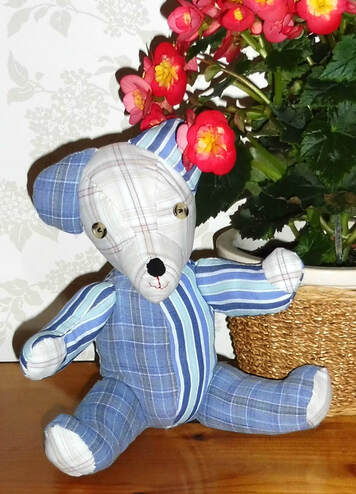 A special bear in memory of Trevor
​
Three Tony bears. Lots of badges, including scout ​badges, are included in these bears.
​
It's a very springlike day here, and I think that these two new Pip Bears look quite springlike too.
​
David and Daddy bears made from some lovely shirts.
​
Three cuddly little bears called Fergus..
​
Three dear little bears called Harry.
​
Powered by